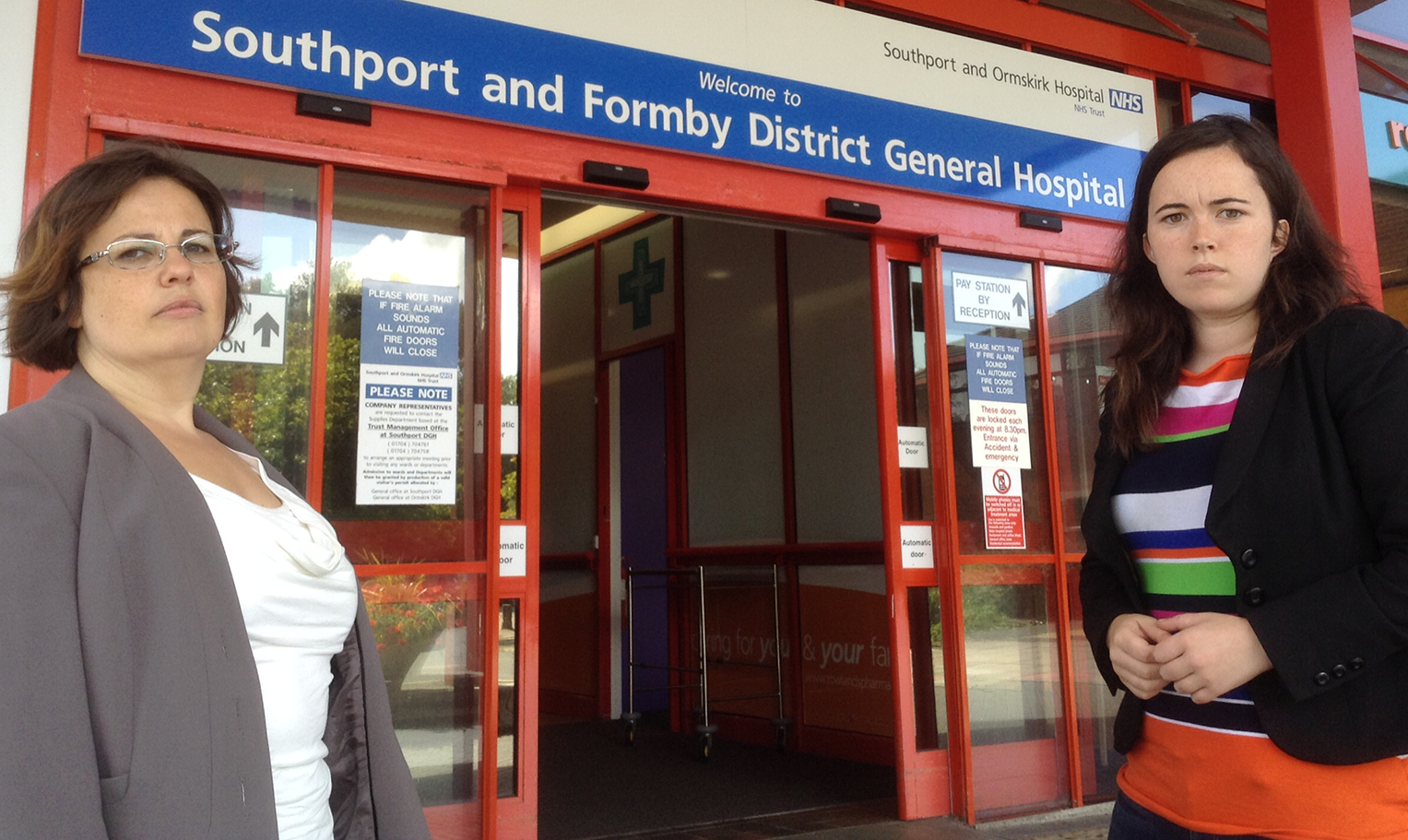 “Residents are having to face longer waiting times in Southport hospital due to David Cameron’s re-organisation of the NHS and his cuts to social services.  If the correct “home care” is not in place then A&E has to deal with more re-admissions and beds get blocked at the other end of the system.  What we are seeing is a return to where we were in the early 90’s when patients were left in corridors on beds, however now they are often left in an ambulance until they can be handed over to A&E.  As a result ambulances are not able to get to those who most need them. “ 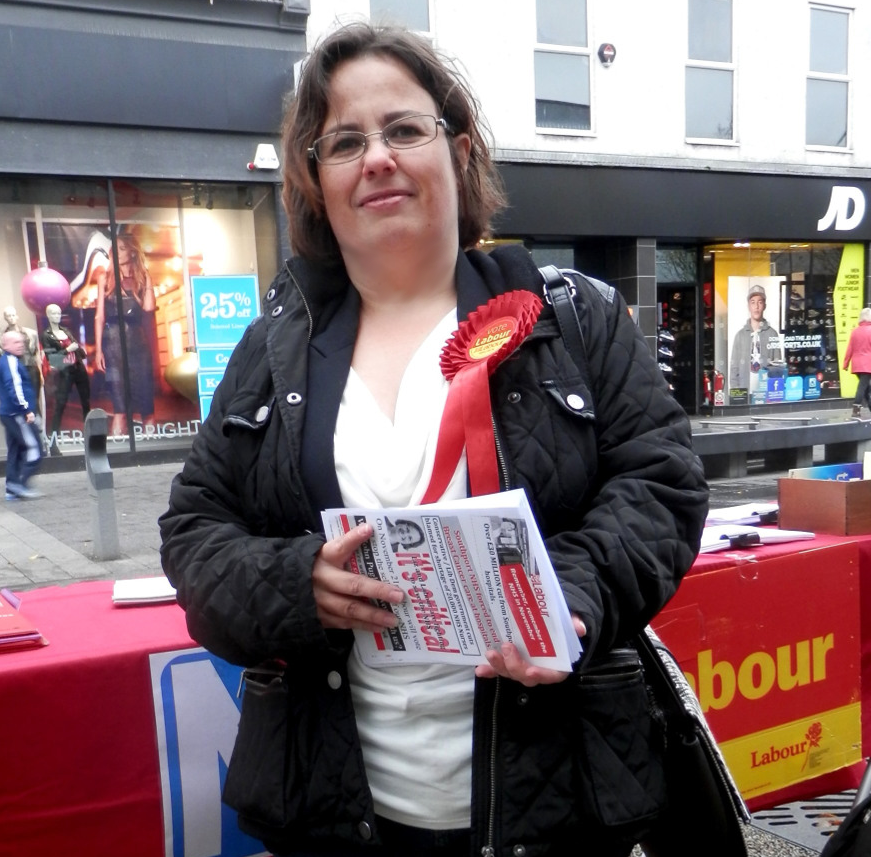 Liz Savage, Labour’s Parliamentary Candidate has taken local councillors to task over their lack of spending in Southport.  Each Sefton Ward is allocated a certain amount of money based on its population.  Local Councillors for each ward have to come to an agreement between them as to how the money is allocated in their wards.
Here’s the link to the latest ward budgets published by Sefton Council:
http://modgov.sefton.gov.uk/moderngov/documents/s56746/FD%203282%20-%20Southport%20Budget%20Monitoring-f-l.pdf

Liz stated “I’m shocked at how little has been spent within Southport  from the ward budgets particularly as in most wards all the councillors represent the same party and therefore it’s not political differences which is stopping the money from being spent”  At the moment there is £112k allocated to Southport which has not been spent.

“Councillors in Southport are quick to point the finger at Sefton Council and say that they don’t pay regard to Southport,  but when money has been allocated it hasn’t been spent.  Only £305 has been allocated of the Kew Ward budget and £53 in Norwood.  Meanwhile residents in Kew around the Folkestone Road area are having major issues in relation to parking and Dukes Ward residents are having issues with dog poo.  This money could be spent on schemes to alleviate these problems.  Some of the money could be spent on installing or updating  play equipment.  Other projects could include helping the Botanic Gardens, painting of railings in parks, bandstands generally things that make Southport a more pleasant place to live.” 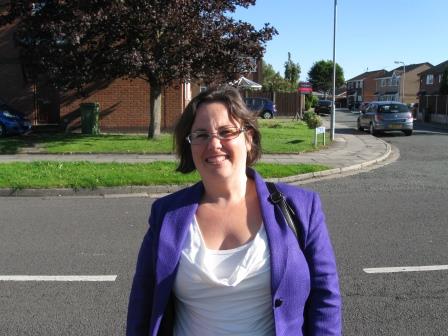 The Infrastructure Bill is now at the committee stage in Parliament.  Under the bill the Highways Agency would be taken out of the Civil Service and become a Government Owned Company (GoCo). This could mean privatisation of the trunk road network in England and tolls to use our major roads.

The Bill will also allow unlimited fracking to take place under private property including houses and allow “any substance” to be left behind.

Liz Savage, Labour’s Parliamentary Candidate stated, ” If the Highways Agency becomes a GoCo the PCS union and myself believe that this could eventually turn motorways and trunk roads into toll roads with charges levied by a private company. The coalition seems to view roads as similar to railways and utilities and want to get them ready for a sell-off.  This Bill should be of particular concern to local residents and businesses since charging for further roads will only add to their budget constraints. Southport car drivers will rightly feel aggrieved because they already pay more in taxes by way of higher than average petrol prices.  Ideally we would all like to see less car journeys but until Southport has better public transport connections, the local MP should not be supporting bills which inflict hardship on car drivers”

Labour tabled an amendment in parliament calling for the second reading of the Bill to be halted.  Unfortunately this did go ahead as the reading was supported by local Lib Dem MP John Pugh and his coalition partners.

The bill also seeks to change the law which will allow fracking to occur close to people’s dwellings.  Liz went on to say “85% of Southport constituency is covered by a fracking licence block so it’s surprising that our MP isn’t asking more questions about the progress of this Bill. The jury is still out on how safe fracking is and until we know more about the process in regards to the chemicals used and the potential for seismic activity we should be concerned at any de-regulation which will make it easier for this process to take place.”

It was good to see @AnnelieseDodds raise the issue regarding these small businesses and the struggles they are likely to have. Hopefully Southport’s Tory MP can put some pressure on the government to make specific arrangements to help such businesses.

Seaside town economies are largely based on independent hospitality companies. Small businesses that still don’t know when they can open will struggle to pay their contribution for furlough under the plans so far announced

Southport Labour Party shared a post.
This reveals not only how the Tories plan to sell off our NHS to US healthcare interests at the insistence of Trump... but just how far they will go to deceive the British public. It's time to start #RebuildingBritain with Labour.

The Labour Party
EXPOSED: Leaked government documents show that Boris Johnson has put our NHS up for sale. We will never ever treat our NHS as a bargaining chip in trade talks with anybody. We will never let Donald Trump get his hands on our NHS.
View on Facebook

Southport Labour Party shared a post.
Register and then help us to start #RebuildingBritain

The Labour Party
⚠ You have until 11:59pm tonight to REGISTER TO VOTE. ⚠ Millions of people have registered since the General Election was called. Make sure you're one of them. https://www.gov.uk/register-to-vote
View on Facebook

Southport Labour Party shared a post.
Women who worked all their lives have been betrayed by the Tories and the Lib Dems.

If you are a woman born between 1950 and 1960 find out how you will be better off with a Labour Government that is #OnYourSide.

Southport Labour Party shared a video.
At the party leaders BBCQT, only one of them got this reception...

Southport Labour Party shared a video.
How much of our manifesto can be crammed into 60 seconds? Lots... but nowhere near all of the fantastic policies Labour has announced to start #RebuildingBritain

Jeremy Corbyn
How did I do?
View on Facebook

Southport Labour Party
Here's our fantastic new manifesto... everything from our plans to save and rebuild the NHS, to creating huge numbers of green jobs and the biggest council house-building programme for 40 years... and lots more.

These policies will bring real change and hope to communities like ours in Southport and across the UK...